J.L. Thompson has written several books on the subjects of ancient and modern mysteries, the origins of religion, mythologies, the occult, politics and history.

He has long been interested in the literature of the ancient world.

James has made a lifelong study of selected ancient texts and uses many of the accounts of these ancient records as the basis for this The Coming Flood series, including the political intrigues and sophistry of their day, which are eerily similar to those of modern times.

The author sees many parallels between the ancient world and the modern, and in this series he draws out those parallels to illustrate that humanity follows similar paths regardless of the epoch.

James Thompson, J.D. is an award winning author, and professional ghostwriter who writes the books , of the nation’s top business and political leaders. He has ghostwritten over 80 books, including biographies, memoirs, histories and motivational books, as well as books about politics, medicine, law, history, society and religion.

James holds a Juris Doctor, and a Bachelor of Arts degree in Humanities. He was the Articles Editor of his law school’s prestigious Law Review, and served as an associate editor of a leading state bar association’s CLE publications.

He enjoys hiking, cooking and being a father. He owns a web development company and is certified in online marketing and sales automation. He recently completed a Master Class series with America’s top writers. James is currently writing a Young Adult teen sleuth action series based on the adventures of young Brit Axton with his daughter, Brigitte Thompson. 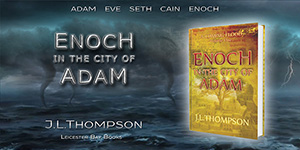